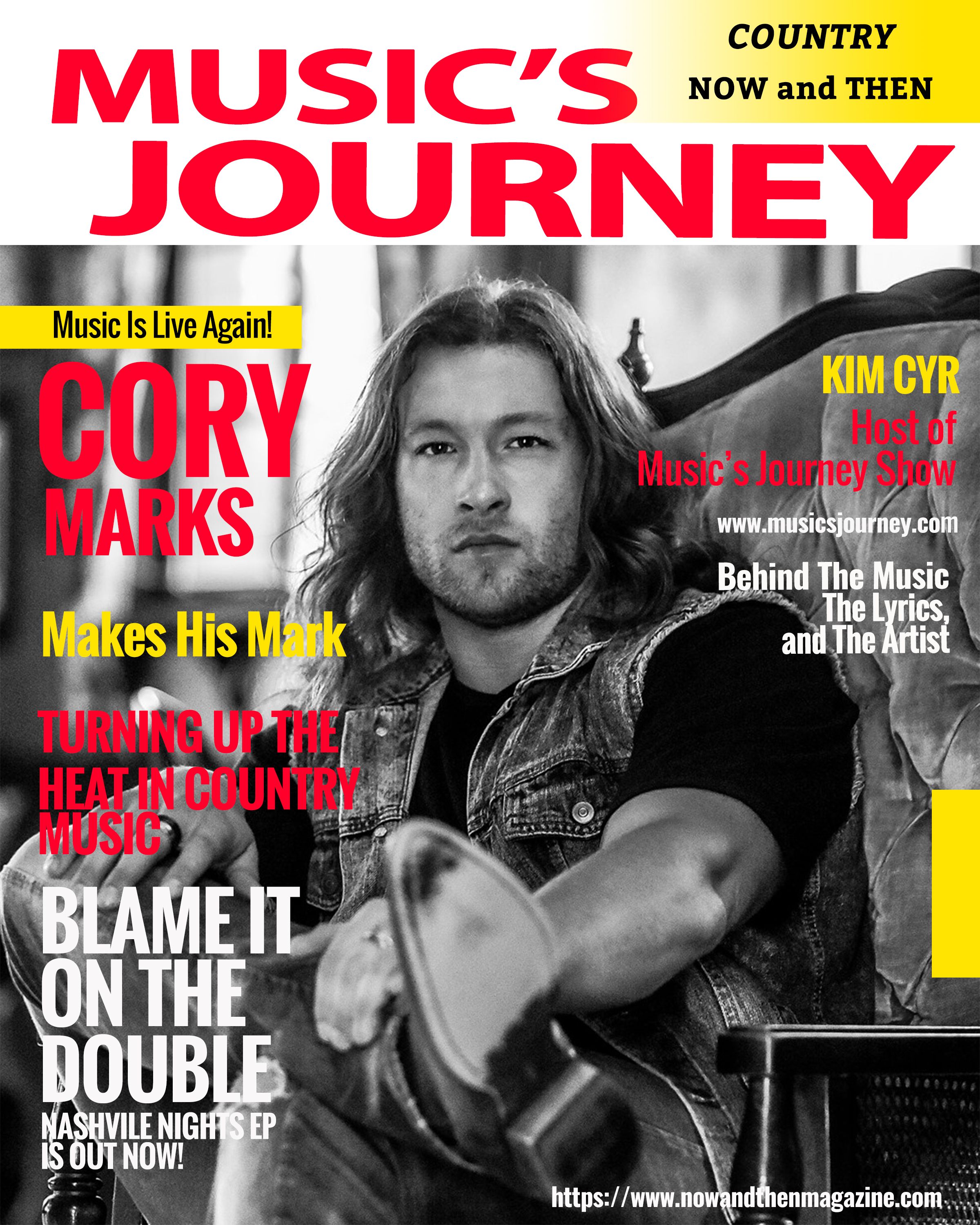 PRESENTED BY NOW AND THEN MAGAZINE 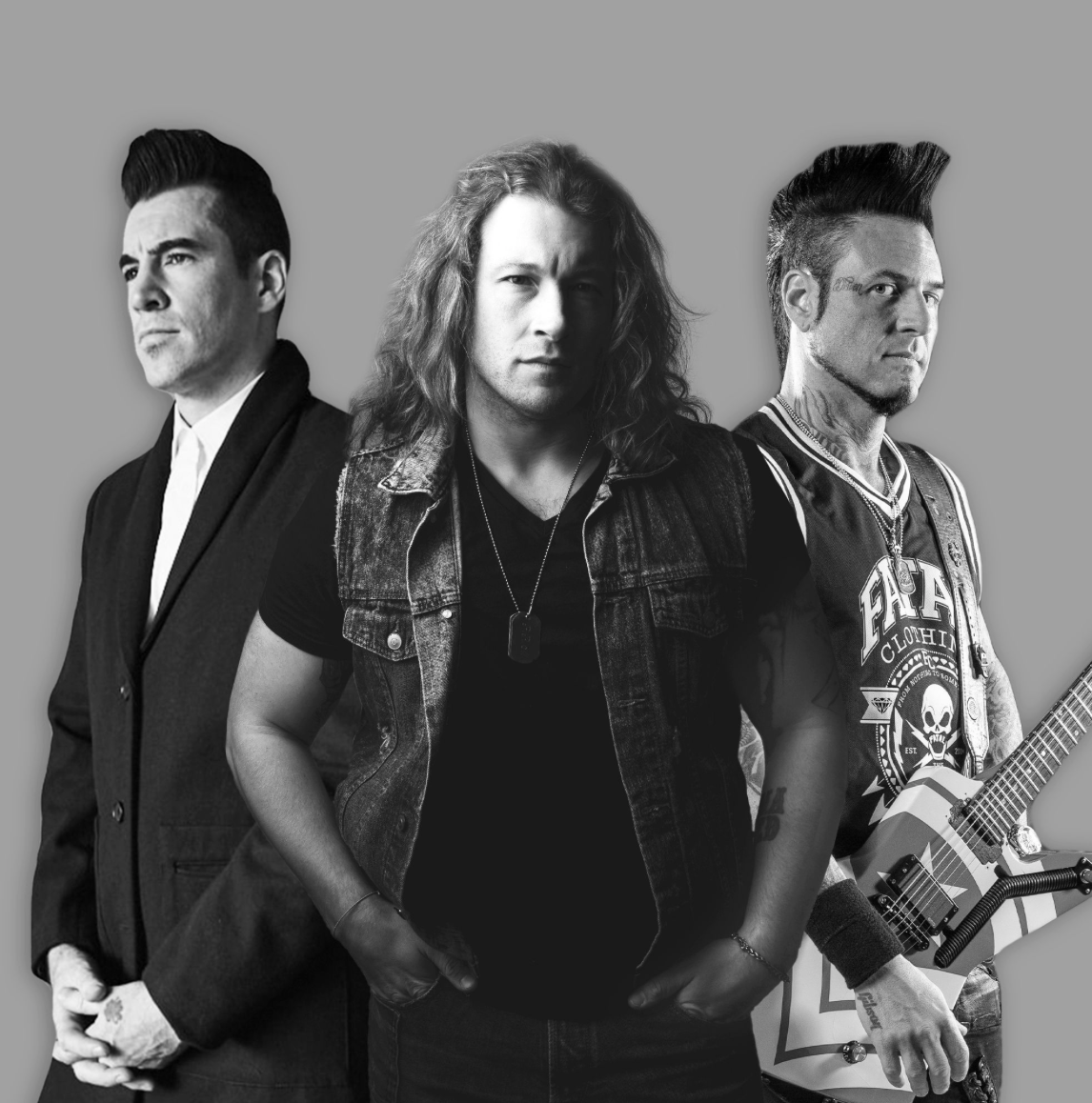 ''Cory Marks has every element needed for the perfect storm to shake things up in this music industry like some of the best outlaws before him,'' says Kim Cyr, Editor in Chief for NOW and THEN Magazine, host of the International Music's Journey Podcast, and on-air radio host on 91.3 FM.   ''Cory has a powerhouse voice and is an undeniable high-energy entertainer giving fans a show they won't soon forget.  His music is just the same.  Whether he is opening for the top Canadian country artists or opening for some of the best rock bands on the planet, Cory has fans downloading his music around the globe.   Cory is just getting starting and we are all along for the ride...I can't wait to see what he has in store for us in 2022.  Sometimes it takes a little noise to shake things up on the radio and get away from that cookie-cutter mold.  Cory Marks is just that artist to do it. Cory has that perfect mix of rasp and range with an edge that is so powerful and full of soul.  He has really established himself as a gifted songwriter and he is not afraid to challenge himself at whatever he does.  It is that heart and grit that will get him far in this business.  He is definitely an artist to watch on both sides of the border in both rock and country genres.''

In 2019, Billboard deemed Cory Marks’ top 10 Rock Radio single “Outlaws and Outsiders” the “hit that couldn’t be confined.” “Outlaws and Outsiders,” which features country music icons Travis Tritt, Ivan Moody of Five Finger Death Punch, and Mick Mars of Motley Crue, was a global hit, receiving more than 100 million streams & video views worldwide, trending near the top of Shazam’s all-genre discovery charts alongside some of the biggest names in music. 2020 saw the release of his critically acclaimed debut album WHO I AM – spawning fan favorites like “Devil’s Grin” and “Blame It on the Double.” Upon the album’s release,  Cory "shape-shifted" styles on the record, blending both country and rock seamlessly. The album debuted in the top 10 Country charts on iTunes globally, with #2 positions in his home country of Canada, as well as in the United States and Australia. In 2021, Cory unleashed a reimagined, high-energy, rock-heavy single “Blame It on the Double,” a collaboration with Tyler Connolly of Theory of a Deadman and Jason Hook. Mixing the storytelling tradition of country music and the loud, unapologetic sounds of heavy rock, Cory’s music blasts with an aggressive, soulful edge. With new music in the works and the horror-thriller film THE RETALIATORS in which he had an onscreen cameo and a song featured on the original soundtrack, Cory has just begun to make his mark(s) on the music industry.

Cory Marks' debut album ‘’Who I Am’’ has garnered tremendous attention here in Canada and it was nominated for 2021 CCMA Alternative Country Album of the Year.  Cory can now say CCMA is a part of his career forever.  Pretty sweet when you think about it that there are only two ways that the CCMA's will be a part of your career, as a nominee and as a winner.  Cory is on his way to that winner podium.

To hear my interview with Cory Marks and his answers to the Burning Questions portion of the interview, click on the link below.

Cory Marks - Blame It On The Double (Official Music Video)

Cory Marks - In Me I Trust (Official Music Video)