J Balvin Is A Legend And The Most Influential Reggaeton Artist Today With His New Release Of ''Un Dia (One Day), Collaboration Alongside Global Superstars Dua Lipa, Bad Bunny, and Tainy! Out Now... 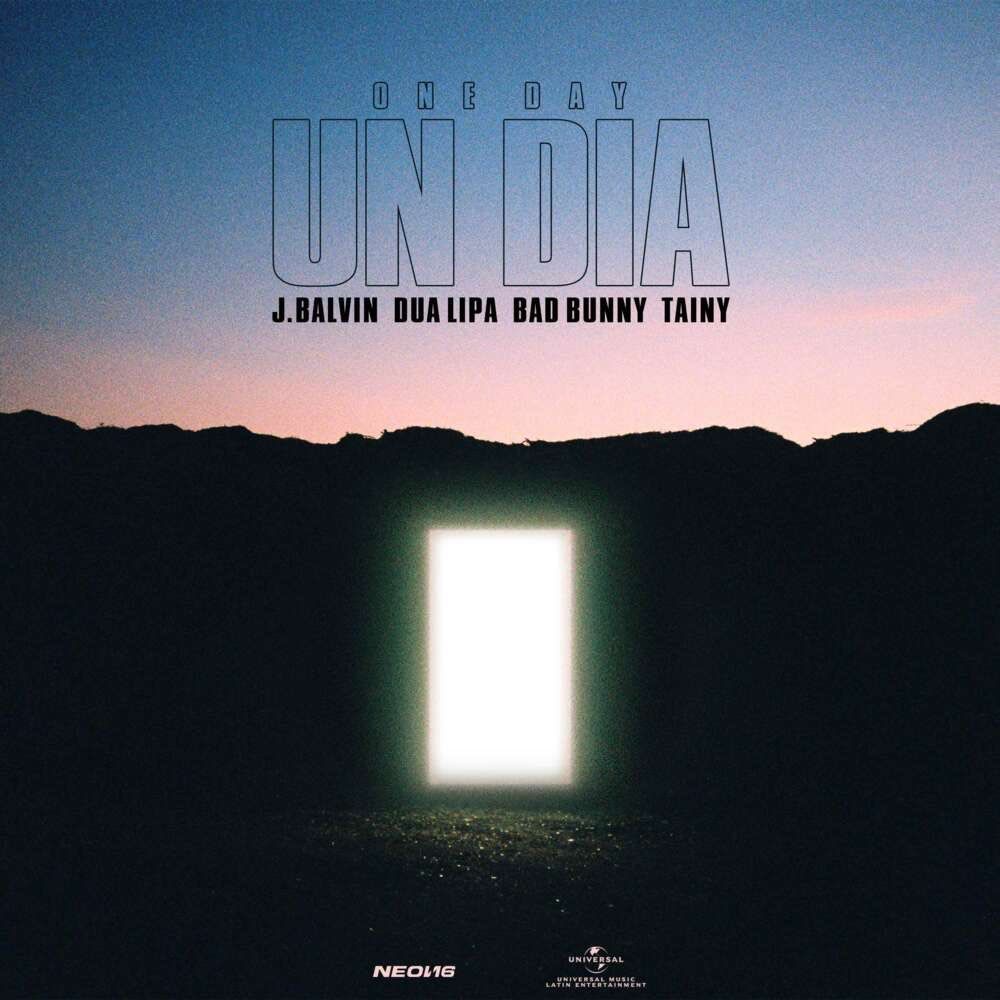 ''J Balvin is a legend and the most influential reggaeton artist today.''

NOW and THEN Magazine

"the evolution and future of reggaeton music"

"J Balvin is one of the most influential reggaeton artists of this modern age."

"Now with his own seat at the table, J Balvin will no doubt sigue rompiendo"

"J Balvin has a sixth sense for a smash hit"

Following the successful launch of his critically acclaimed and 2X Platinum Certified album, Colores, J Balvin embarks on a new musical journey with the release of "Un Día (One Day)," a star-studded collaboration alongside fellow global superstars Dua Lipa, Bad Bunny and Tainy. A song about longing and nostalgia, this new bilingual anthem collides two worlds together: the house genre with the best of Latin rhythms, all while incorporating a medley of unforgettable rhymes and catchy beats that will almost make you forget this is a song about heartbreak.

Executive produced by NEON16, "Un Día (One Day)" also arrives with a music video directed by Stillzand stars the famous Spanish actress Úrsula Corberó, protagonist of the Netflix series Money Heist. The single is the newest collaboration between Balvin, Bad Bunny and Tainy, following Balvinand Bad Bunny's critically-acclaimed 2019 EP OASIS as well as Balvin and Tainy's recent collaboration "Agua" from The SpongeBob Movie: Sponge on the Run soundtrack. However, this moment marks the first crossover between the three artists and Dua Lipa, who recently released her critically acclaimed #1 sophomore album Future Nostalgia in March. 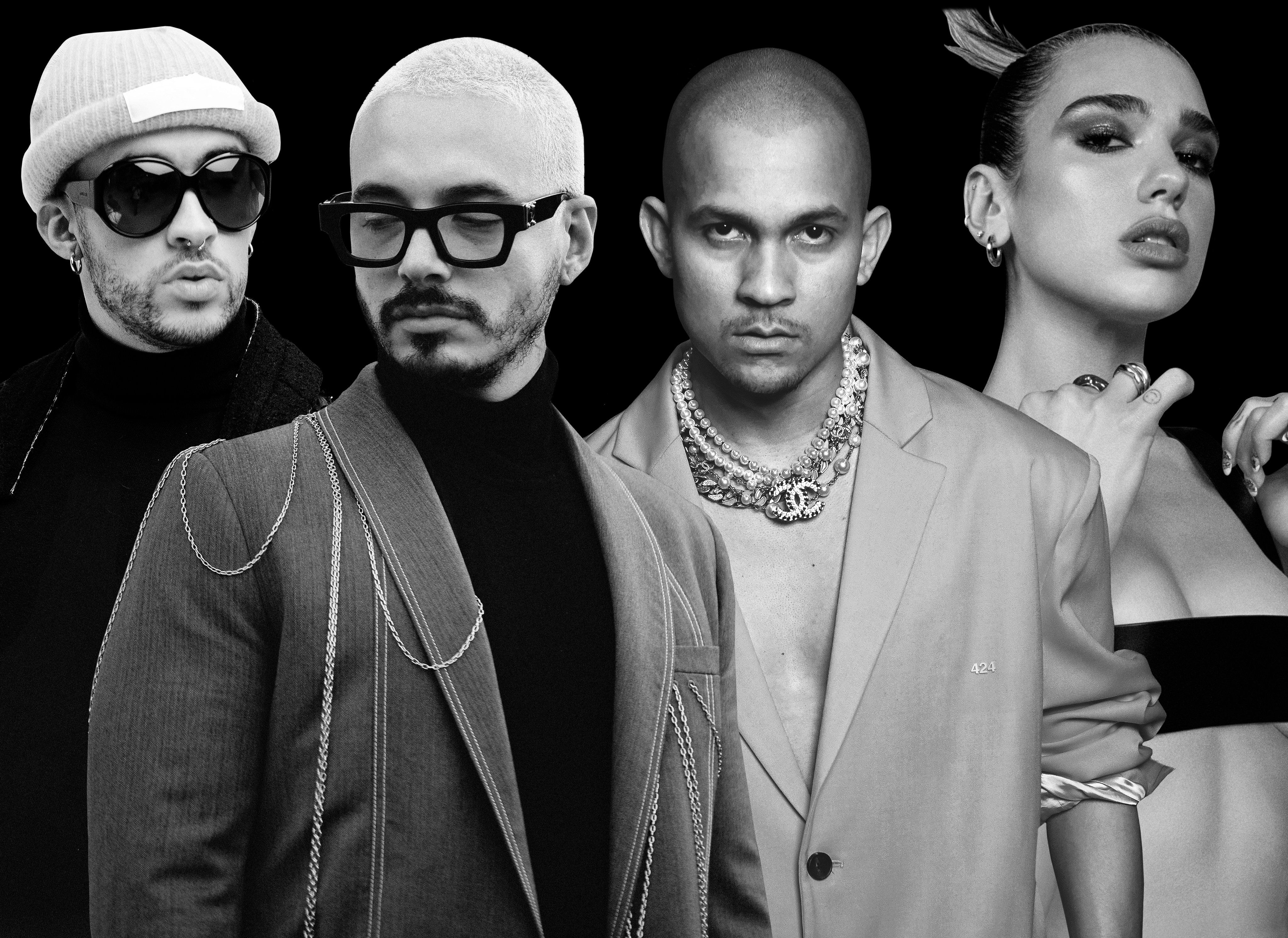 "Reggaeton's Global Ambassador" - 4-time LATIN GRAMMY winner J Balvin is now one of the top streaming music artists in the world, regardless of language, and has developed a legion of fans worldwide.  Hailed by Billboard as "the biggest breakout act Latin music has seen in many years" and Pitchfork as "the face of modern Reggaeton," Balvin is leading a second generation of Musica Urbana stars that have propelled Latin music to an unprecedented global embrace. His latest album, Colores, saw both critical acclaim and commercial success. With "Blanco," "Morado" and "Rojo" going #1, J Balvin became the artist with the most #1 songs on the Latin Airplay charts in history, with 23 of his songs earning that spot over the course of his career.  With his music and impact on the culture, Balvinhas cemented himself as not only a leader of Reggaeton but as a torchbearer of the new state of Latin music by continuously expanding the limits of the genre and paving the way for "la nueva escuela."

Global pop superstar Dua Lipa released Future Nostalgia, her #1 UK sophomore album, this year to worldwide acclaim. It is one of the best reviewed albums of the year so far and debuted in the top 5 of the Billboard 200 Album Chart. Upon release, Future Nostalgia was the most streamed album in a day by a British female artist globally in Spotify history. She has frequently been the biggest female artist in the world on the platform, and is currently the fifth biggest artist overall with nearly 60 million monthly listeners. The album's certified platinum lead single "Don't Start Now" is a worldwide hit with one billion streams on Spotify alone, and a #2 spot on the Billboard Hot 100, a career high for the pop star. The track also broke her personal best record of weeks at #1 at US Top 40 radio. Duafollowed the success of "Don't Start Now" by releasing smash UK single "Physical," and "Break My Heart," all of which sat on the Billboard Hot 100 and top 10 at UK radio simultaneously. Future Nostalgia is the follow up to Dua's eponymous 2017 debut, which is certified platinum and spawned 6 platinum tracks. She made BRIT Award history in 2018 by becoming the first female artist to pick up five nominations, with two wins for British Breakthrough Act and British Female Solo Artist, and received two Grammy awards for Best New Artist and Best Dance Recording in early 2019.

Bad Bunny is proclaimed as one of the most popular artists in the world. The multi-platinum artist, winner of the Latin GRAMMY and nominated for the GRAMMY, constantly manages to break language and stereotype barriers around the globe, becoming an international culture and entertainment icon. Following the huge impact he has had on mass audiences, Bad Bunny became the first Latin Reggaeton artist in history to appear on the cover of Rolling Stone magazine. He is also the second male personality to appear alone on the cover of Playboy magazine, after its founder, Hugh Hefner. His leadership within the Reggaeton and Trap genres has led him to dominate large stages during prominent music festivals and international concert tours.

His most recent album, Las Que No Iban A Salir debuted #1 on Billboard's "Top Latin Albums," dethroning himself over his previous albums, with YHLQMDLG at #2 and X 100PRE at #3. Bad Bunny is one of the Latin artists with the most entries to the global "Hot 100" list, with a total of 24 hits. In addition, with his album YHLQMDLG, he became the first Latino artist in history to achieve the position #2 on the global list "Billboard 200." Each of Bad Bunny's releases has left their forceful mark on the history of Latin music. His artistic power and leadership in the entertainment world demonstrate his character as one of the most impactful artists of the moment and reaffirm his expansive position in the music industry.

Leading a new wave of Latin music for over a decade, notorious producer Marco Masís Fernández, artistically known as "Tainy," has been the mastermind and key component behind some of the most iconic Reggaeton hits. A three time Latin GRAMMY© and multiple BMI Award Winner, Tainy has been churning out career-defining hits for countless artists, including  the genre's pioneers like Daddy Yankee, Wisin Y Yandel, Don Omar and present heavy hitters like J Balvin, Bad Bunny, Cardi B., Rosalia, Anuel and more.  In 2019, Tainy made his way into the artist spotlight debuting his first single "Adicto" which landed him multiple Platinum and Gold certifications in 8 countries and accrued over 2 million streams combined and over 555 million views. The young artist/ producer continues to dominate the Anglo market with songs like "Lento", Lauren Jauregui's debut Latin single,  "Feel It Too" featuring Tory Lanez and Jessie Reyez and on the production side Justin Bieber's "Habitual" and most recently Rosalia and Travis Scott's "TKN". His latest releases include his debut EP titled "The Kids That Grew Up On Reggaeton" which delivers 7 powerful tracks with some of today's most promising up and comers from around the world and the latest Spongebob Movie soundtrack's single "Agua" with J.Balvin. Tainy is undeniably a major influence in the Latin Urban movement that is reinventing music and will continue to transform and push the culture forward on a global scale.