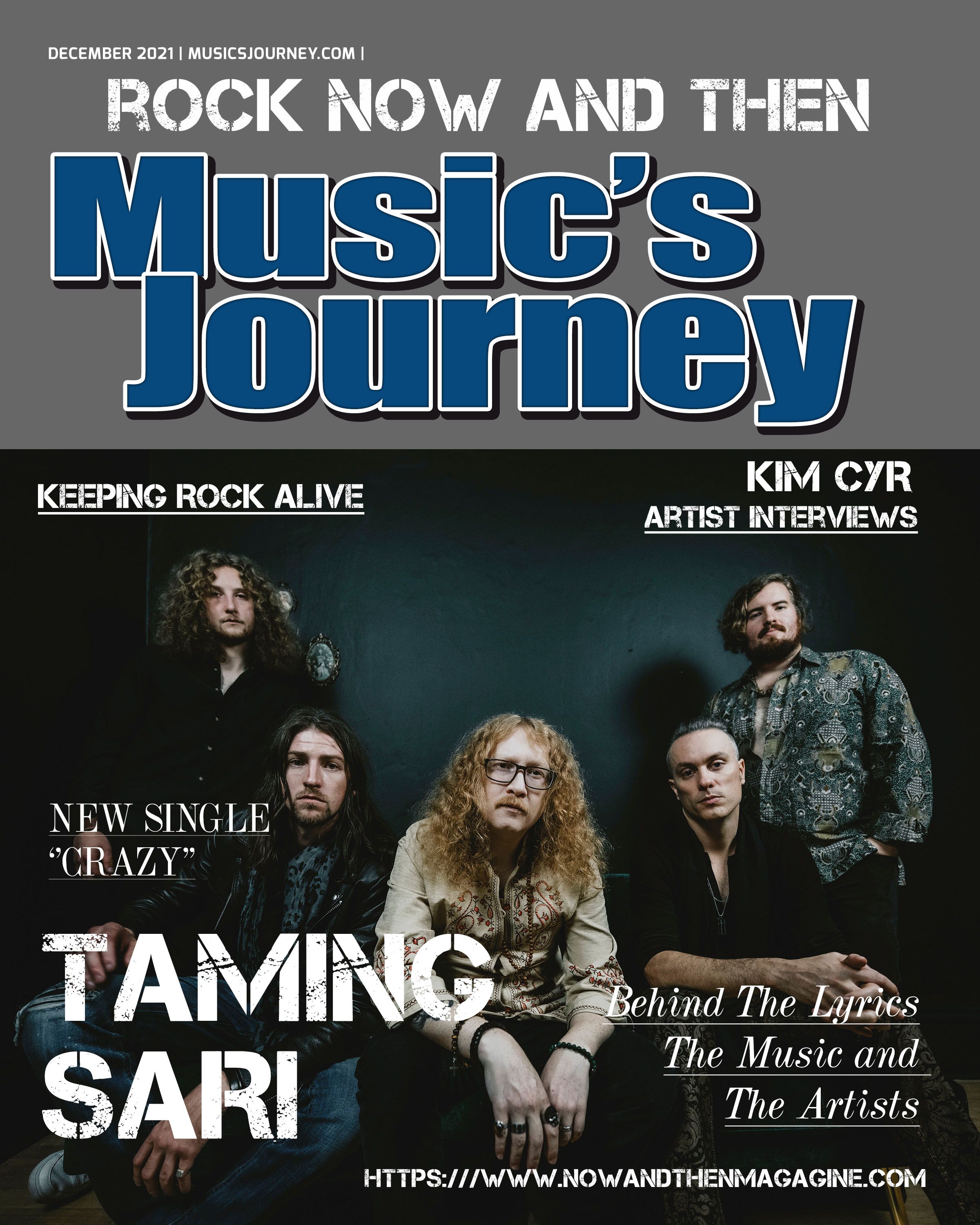 ''Although Taming Sari is fairly new as a band, they show the confidence as one of the top rock bands here in Canada and ones to watch,'' says Kim Cyr, Editor in Chief for NOW and THEN Magazine, host of the International Music's Journey Podcast, and radio host on 91.3 FM.   ''Taming Sari has swept onto the scene and left a poignant and lasting impression.

''With their debut album Thirsty From The Drought to their killer new single 'Crazy', this could be a mission complete for them with the catchy openings in every track they release.  The frontman Warren Meredith has that grit, and range of bringing the tones of Steven Tyler and bands like Thin Lizzy, and the with shredding guitar riffs, Taming Sari has found their sound. The band is complete with individual excellence, influences, and explosive performances by every band member. This is one band to watch. We have got some killer Canadian Rock bands right now and Taming Sari is one of the bands that are climbing towards the top 10 acts.''

After making numerous media appearances and safely playing for socially distanced crowds, Taming Sari is ready to hit the ground running. When live music makes its triumphant return, there is no doubt that these talented performers will grace stages with the same intensity found in their recordings.

Taming Sari’s signature splashy guitar work and thunderous drums guide the listener through a supercharged anthem to inspire hope in the post-pandemic. Bringing us back to when life seemed more straightforward, “Crazy” is about the inherent connection we all feel towards one another, and how surreal it can feel to lose touch with our need to just enjoy life.

One listen to “Crazy” tells you everything you need to know about Taming Sari’s musical influences, and Toronto’s iconic Polson Pier set the backdrop for the band to channel the rock gods on a beautiful summer day and lay down a couple of blazing new tracks.

The sun-kissed harbourfront wasn’t the only inspiration leading into the recording studio: it would be the first time they would record with a new member, accomplished lead guitarist Joe Fraser, to create the perfect balance of grit and melody while paying homage to past rock n’ roll legends.

Following the momentum of their debut album, Thirsty From The Draught, Taming Sari was positioned to take full advantage of the burgeoning concert scene across Canada shortly before the world was thrown into chaos with Covid. “Crazy” is the third single to capture the group’s artistic perspective on this tumultuous period in history; the first, “Loving Way,” dealt with the initial response to the virus along with the call for racial justice that was to come, and the second, the emotionally-charged “Gone and Run Away,” highlighted the sense of loss that our communities collectively feel.

Check out the video for “Crazy” below, and stay up to date with the band via their socials.